Above image is of Tovuz, the frontlines of the conflict. CC BY SA 4.0. 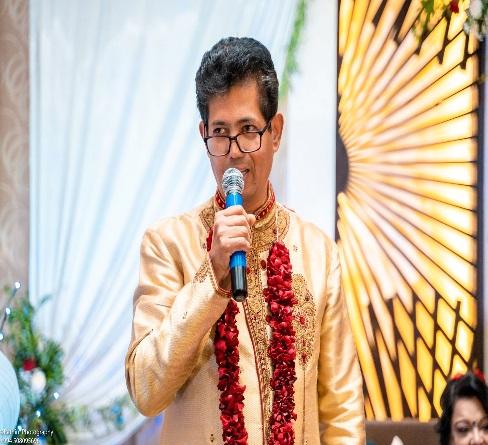 Our special guest, Mr. D’Mello, is the cofounder of Indian Association Azerbaijan.

Interviewers questions throughout in bold, responses of the guest are in plain text.

As a member of the İndian diaspora, please give us a few words about the latest attack by Armenia in Azerbaijan.

The latest attack of Armenia started on the morning of the 27th of September and in a way is a continuation of the series of unprovoked attacks the Armenian armed forces carried out in Tovuz and other regions along the border.

Irrespective of what the fake media and friends of Armenian celebrities worldwide such as Kim Kardashian have said, we very well know that it is Armenia which has occupied Azerbaijani lands – Nagorno Karabakh and adjoining seven regions for about 30 years. So for the Azerbaijani nation it is a Liberation War. it’s a righteous war and hence Azerbaijan will win.

Of course, war brings along tremendous humanitarian crisis and hardships first and foremost for the families of the soldiers who are fighting at the frontiers.

During wartimes due to security and strategic reasons, the Commander-in-Chief can order restrictions on the usage of internet, WhatsApp and other means of communication, may impose curfew curtailing movement of people. These hardships are very insignificant in comparison to the hardships faced by the soldiers at the frontiers. May the Almighty protect the Armed Forces of Azerbaijan! Despite the difficulties he Indian Diaspora is not complaining rather understands very well that during wartime life is not as usual.

The affected communities are numerous – on one hand those villages and cities which have been attacked by the Armenian Forces and on the other hand the families of the soldiers and most importantly the wounded soldiers. The wounded soldiers first and foremost need medical aid whether it is blood, medicines or other medical accessories. The Indian diaspora has therefore decided to organize a Blood Donation Drive so that maximum number of people can donate blood and it is in reserve for the wounded soldiers. The Indian Diaspora is collecting donations from each of its members and will be donating very soon to the Azerbaijani Armed Forces Welfare Fund.

The humanitarian tragedy due to the attacks is tremendous. The families whose loved ones get martyred in the war or those who get badly injured and handicapped for the rest of their lives bear the maximum brunt of the war. They are the ones who need our moral and financial support. Many of the martyred or injured soldiers were the only bread winners of their families, without whom there are huge financial hardships on the whole family. The Azerbaijani Armed Forces Welfare Fund must adopt such families and help another family member to become a bread winner. Besides food other things of primary requirement such as warm clothing, books and other such things must be provided to these families. Psychological counselling is also needed in some cases to help overcome the immense grief.

In my view, Azerbaijan has patiently waited for 30 long years for the international bodies entrusted with resolving the conflict to come up with a solution and enforce the implementation of the 4 UNSC resolutions against Armenia. The USA, Russia, EU, UNO and other bodies must compel Armenia to unconditionally return all the occupied lands of Azerbaijan. Only after that a lasting regional peace can be attained. Countries like Armenia which are acting rogue and do not comply with internationally accepted norms must be ostracized and financial sanctions must be imposed on them.

There has been a lot of propaganda in particular about the alleged connection of these events to larger regional issues. What message would you give to counter false information and incorrect perception about the latest events?

In our age, fake news is one of the biggest perils. Azerbaijan lost 20% of its territory and as a responsible member of the international community patiently waited for the OSCE to mediate and resolve the issue for the past 30 long years. For 30 years more than 1 million IDPs cannot settle with their lives. In our everyday lives we see the plight of the refugees and IDPs and it’s very sad. Armenian – Azerbaijani conflict is a local problem lingering from a very long time, having nothing to do with global or regional power politics.