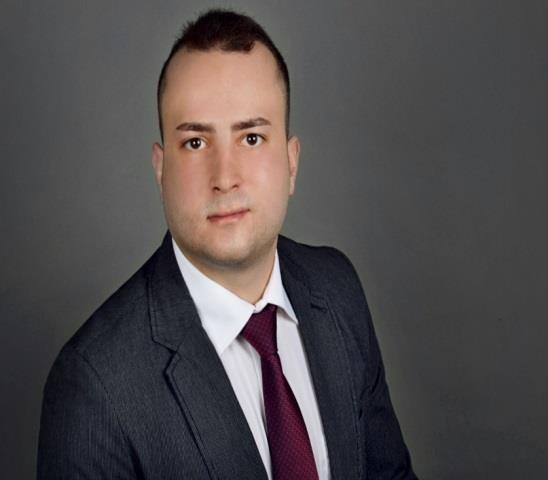 Social worker in the field of migration and refugees (Worms, Germany), participant of Leadership Development Program___

As a member of the Azerbaijani diaspora, please give us a few words about the latest attack by Armenia in Azerbaijan.

The enemy that has been recently and adequately responded by Azerbaijani armed forces for the attacks launched by insidious separatist terrorists, is in a state of fear and awe. They witness our strength manifested in the strike we have been delivering from the very beginning.

We, as Azerbaijanis, stand for our state. I personally experience these feelings, because now I am in Azerbaijan, and I can say with confidence that not only in Azerbaijan, but throughout the world, our diaspora is ready to fight for our Karabakh, and we can plant our flag in Lachin. As Mr. Hikmet Hajiyev, high official of Presidential Administration noted, we want to expel terrorists from our lands, and we are right in doing this. We only want to liberate our occupied lands in accordance with international law. Europe and the United States are in favor of ending hostilities. But these rumors have not worked for years, our time is running out.

According to the President of our country, Mr. Ilham Aliyev, we strive for the justice and the return of our refugees to their lands and homes. Karabakh will never be able to gain status in the hands of separatist terrorists. Karabakh is the indivisible part of Azerbaijan.

We are a multicultural nation. European media and pro-Armenian European countries that do not like us should know that the Muslim-Christian war is not going on here. We want to return to only those lands to which we are entitled, regardless of religion or race, and if the separatists do not accept this and leave of their own accord, we must destroy and expel them by force.

As always, we unite at events, and whether it is an information war or some kind of support for our state, we go to it and fulfill our duty to unite, and we unite around the values that combine and strengthen us.

First aid should be provided in such a way that it falls on every citizen. Governments must stand side by side with the victims at a high level, and the sacrifices made for the sake of the Motherland are not in vain.

Material and moral support should be provided first by the state, and then by society. All the needs of the victims must be met. You have to be with them and support them.

In your Motherland, you need to take care and support each citizen separately. It is necessary to give a home to the one who lost his home, to give heart to the close people of the one who lost his life, to be with these people and help them. Institutions must be established to provide individual assistance to victims.

I expect the United States and the international community to support the implementation of the four UN resolutions and not follow the false diaspora of terrorist separatists.

There has been a lot of propaganda in particular about the alleged connection of these events to larger regional issues. What message would you give to counter false information and incorrect perception about the latest events?

As I answered the first question, this is not a scene of a war on religious grounds, but a war for the return of peaceful Azerbaijani families to their homeland. The number of migrants around the world is growing, and since this is a global problem, it is no longer necessary to turn a blind eye to it, but to stand for the truth and solve problems on the spot.

Nearly 1 million refugees and IDPs must return to their homes. This is reality, and not seeing it is a crime. We visited liberated settlement of Jojuk-Marjanli within the Leadership Development Program project, in which we participated as diaspora members, and as a participant representing Germany, I can say that our army is strong enough to ensure peace and security in Karabakh at a high level. These are important points for both the South Caucasus and Europe.