The following is the exclusive transcript of an interview with, Kərim Kərimov,  Chairman of the Society of Azerbaijanis in Barcelona.

Director of the “Azerbaijan House” in Barcelona. 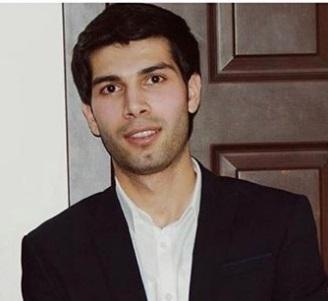 The following comments in bold are the interviewers questions, and the plain text is the esteemened Mr. Kerimov’s response.

As a member of the Azerbaijani diaspora, please give us a few words
about the latest attack by Armenia in Azerbaijan.

First of all, I would like to note that even though we live outside of
Azerbaijan, we always follow the news about our country closely. The
Azerbaijani Army is currently conducting a counterattack in response to
Armenia’s military provocation, and I would say that this counterattack
is the beginning of the great news we have been waiting for years.

Because we want to believe that it will end the Armenian occupation and
aggression that has lasted for nearly 30 years! Because the people of
Azerbaijan want to live on their historical lands.

I can honestly say that it makes us even stronger!

I was born in 1992, February, and since then an integral part of
Azerbaijan – Karabakh – has been under Armenian occupation. These days,
like me, thousands of young Azerbaijanis who have never seen Karabakh
live in different parts of the world. But our love for Karabakh and the
liberation of those lands are always in the first place for us. We will
not give up this struggle until our lands are completely liberated from
occupation!

Today, the Azerbaijani state is a very strong state, and I am confident
that the state will provide any necessary assistance to people suffering
from the Armenian attacks.


What can be done to help families who lost loved ones and people who
have been injured as a result of the attacks?

Of course, as conscious, civilized people, we are never in favor of war.
Of course, losing your loved one in the war is the hardest thing that
can happen in this world. No matter what we say or do, we can never
fully comprehend the feelings of a mother who lost her son in a war.
But let me also note that,for us Azerbaijanis, the homeland is a very
sacred concept. We are always ready to do anything to protect the
homeland.

To pay our moral debt to all of our martyrs, all of our occupied lands
must be liberated. Because all this blood can’t be wasted. They gave
their lives to protect us, to protect our lands.

We must liberate our lands today and stop this bloodshed once and for all. We have no interest in the lands of another country.

After the liberation of our lands, in the hope that there will be no more war in our country, in our region!

May God have mercy on all our martyrs! I ask God to heal all
the people who have been injured as a result of the attack. I am sure
that a strong Azerbaijani state stands with all its citizens.

But I think more attention must be paid to those who lost loved ones and were injured in war than to our other citizens.

As the people of Azerbaijan, the only thing we expect from the US and
the international community is to stand by our country and create
conditions for the return of our occupied lands within the framework of
international law. For almost 30 years, our country has been trying to
do this through peace talks, but the latest visit of the Armenian Prime
Minister to our occupied lands, and calling those lands Armenia, clearly
shows that the Armenian state does not support peace. We must liberate
our lands at any cost! We must return to our homeland soon.

There has been a lot of propaganda in particular about the alleged
connection of these events to larger regional issues.

What message would you give to counter false information and incorrect perception about the
latest events?

There has been a lot of propaganda in particular about the alleged
connection of these events to larger regional issues. What message would
you give to counter false information and incorrect perception about the
latest events?

Of course, today the media is not always objective. Unfortunately, we
see that even the lies of some “celebrities” who do not know anything
about politics and history are a reference point for some media outlets.
But it is good that in the modern world there are concepts called
international organizations and international law. Therefore, we should
be based on the decisions of authoritative bodies, not on misinformation
that can be easily spread in any media.

Speaking of international organizations, in 1993, the UN Security Council adopted resolutions 822 1993), 853 (1993), 874 (1993) and 884 (1993), condemning the occupation of the territories of Azerbaijan and reaffirming respect for the sovereignty and territorial integrity of Azerbaijan and the
inviolability of its internationally recognized borders.

In those resolutions, the Security Council also confirmed that the
Nagorno-Karabakh region is part of Azerbaijan, and demanded immediate,
complete and unconditional withdrawal of the occupying forces from allthe occupied territories of Azerbaijan.

Other international organizations have adopted a similar position.

Therefore, if the media wants to spread accurate information about
recent events, it must do so based on the right facts. The propaganda
and fantasy of any media organization on such a sensitive issue is
unacceptable.

In conclusion, I would like to appeal to the Armenian people to know
very well that they have occupied our lands and they know very well that
today we are determined to return to our historic lands. Don’t be a
victim of the propaganda of your incompetent government officials and
leave our lands without delay! Because we are coming home!