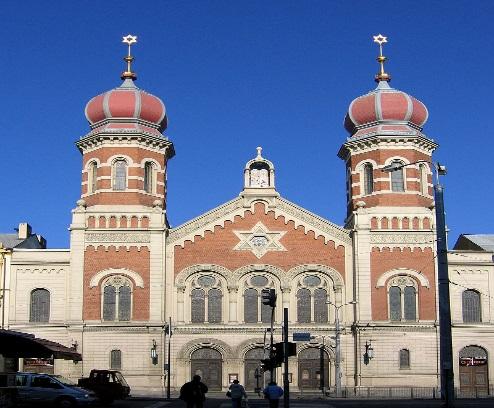 Jewish architecture is present in Ganja and throughout Azerbaijan. Featured above, the wall of the synagogue in Quba, Azerbaijan.

The following interviewer questions are in bold, guest responses are in plain text throughout.

Where were you when the rocket was fired at Ganja? Was there destruction or loss?

I was in Ganja. On October 4, a rocket hit Ali Nazmi and Aziz Aliyev streets. Two houses and 3-4 cars on Aziz Aliyev Street were completely destroyed, 3-4 people died and 2-3 were taken to hospital. It fell on the Central Ganja market on October 5, there are ruins. On October 7, it felt behind school No. 4 and the “Old Chicken” plant. The school windows and the cafe in the back was mostly damaged, and the store was destroyed.

Is there anxiety among people? What is the situation in Ganja now?

Of course, there is some concern among people. However, there is enthusiasm in Ganja, people are not discouraged, everyone is ready to fight for the homeland. A large number of people are ready to join the military and in row for it. Nobody wants to leave Ganja.

Ganja is quite far from Nagorno-Karabakh. What is the reason for Armenians targeting civilians from such a long distance?

Revenge. Our soldiers are fighting for our lands. The Armenians want to take revenge on us for the advancement of our army and the seizure of new territories. Another goal is to cause panic among the civilian population.

In conclusion, I would like to note that no Jewish house was damaged in Ganja. The Jewish people have always lived with the Azerbaijani people in kindness, peace, and tranquility. We are a family. The damage to every Azerbaijani is acknowledged perceived as the one we underwent.